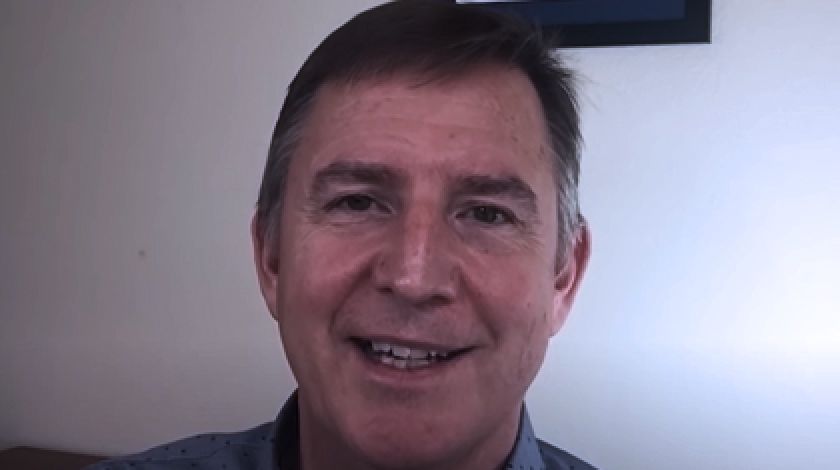 Before you’re put off from ever starting a keto diet, it’s important that you know that keto flu doesn’t affect most people. About a third to half of all people who are starting a keto diet will have some side effects, most people won’t even be affected and only about 1 in 50 or 100 will experience full-blown keto flu.

For those who are affected, the thing you probably want to know most is – how to get rid of keto flu. Dr. Eric Westman shares his simple keto flu cure and explains why it happens in the first place.

Nobody really knows what causes the transition symptoms. There’s a lot going on in the body to change the way it’s metabolizing fluids and salt.

“We think that it’s the change in the insulin level that causes the body to start removing sodium and water,” says Dr. Westman.

How long does keto flu last?

Keto flu occurs in the first few days or in the first week of going from carb-eating and carb-burning to eliminating carbohydrates and becoming a fat burner.

If you’re affected by the keto flu, you’ll go through a transition phase, also known as keto-adaptation, where you’re changing a lot of your body’s enzymes, or machinery if you will, so there are times when you might experience fatigue.

What are the symptoms of keto flu?

When you’re starting a keto diet, you may experience symptoms such as fatigue, headaches, or cravings for something that you haven’t eaten in a while but keto flu is a little different.

The keto flu is the name given to the symptoms that you’re getting when it feels so bad that you feel like you’ve caught the flu, meaning you’re experiencing really bad fatigue, headache, and muscle cramps, and some people will need to lie in bed for a day or two. It’s not common.

How to treat keto flu?

Don’t let stories of keto flu scare you away from starting the keto diet. With some minor adjustments,  you could avoid some of the symptoms altogether.

“We do recommend that you add some salt back into your diet in order to prevent the symptoms of transition or keto-adaptation to prevent the keto flu,” advises Dr. Westman. You could consume extra sodium in the form of bouillon cubes, crystals, paste, or in the form of a broth. Most of these serving sizes have about 800 milligrams of sodium or salt.

A word of caution

If you’re certain you don’t have those conditions and you’re not on any medications, simply having one or two servings of bouillon or broth a day is an easy keto flu cure. Just mix up a cube, crystals, or paste in hot water and drink it like tea, and it’ll help minimize your chances of getting any unpleasant side effects or even keto flu.