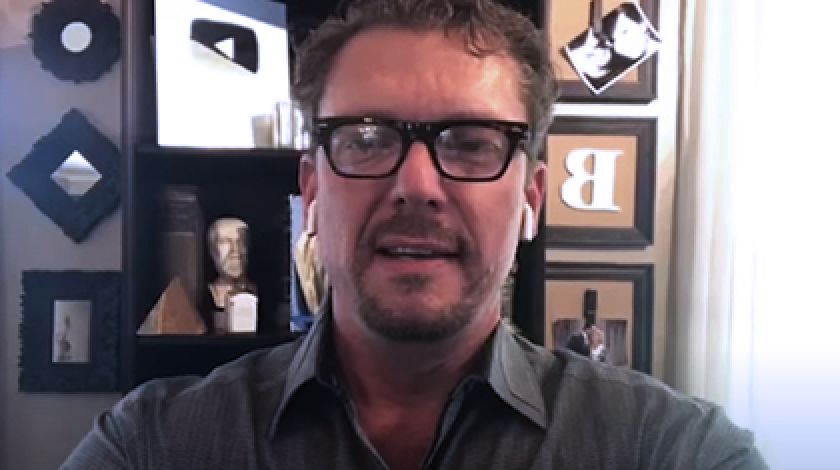 Dr. Ken Berry is a board-certified, family physician with a small practice in the small Tennessee town of Camden. In his book, “Lies my doctor told me”, he breaks down a lot of the lies that doctors tell their patients, and most of these lies are well-meaning and unintentional, but he says that this doesn’t make them any less damaging. “I was telling these lies early in my medical career because I just didn’t know better,” admits Dr. Berry.

What’s wrong with your doctor?

Dr. Berry’s mission is to help people to realize that they have the ultimate power over their own health, diet and medical care. Perhaps you’ve been wondering why your doctor refuses to talk to you about diet or why he uses a prescription pad as his first tool. There really is no big conspiracy. The only thing wrong with doctors is that they’re human, and like all humans, they only know to do what they’ve been taught and to work with the tools that they’ve been given, this is just one of the laws of human nature that prevents doctors from stopping obesity.

The law of the instrument

Most doctors are lucky if they get even six weeks of training on nutrition. We’ve been taught for years how to use drugs, tests and medical interventions. When a doctor gets out of medical school, they get continuing medical education, but it doesn’t include any education on diet or nutrition, therefore that’s not a tool that the average doctor is comfortable using. If you’re a carpenter and you’re really good at using a hammer but you’ve never used a saw before, then every carpentry problem that you encounter is going to need to be hammered because that’s human nature. Some doctors are great but only know one tool and that’s their prescription pad. That’s the only tool they know how to use, so we have to educate them about a ketogenic diet, or high-fat, low-carb diets if we can. If we can’t, we’ll just have to find a new doctor.

The law of remuneration

If your paycheck depends on you not needing to understand something, then you’re not going to understand it, but if your paycheck depends on you understanding something and believing in it, then you’ll understand and believe in that, because we all have to keep the electricity on. We have to get paid and so if up until this point, it’s worked perfectly well for a doctor to write prescriptions and get paid, then that’s what he’s going to do. When he learns that he can get paid to recommend diet and lifestyle changes, then he’ll also do that.

The law of authority

Ancel Keys was a hugely popular researcher back in the 50s, 60s, and 70s, he’s the reason that drugs such as Lipitor, Zocor, and Crestor exist. If it wasn’t for him, the cholesterol theory of heart disease would not exist. He made it popular to think that high cholesterol and saturated fat would lead to an increased risk of heart attack and stroke. Big Pharma jumped on board and started producing these medications that are now, thanks to the commercials, household names.

The law of the shortcut

If a doctor is faced with writing a prescription for Zocor for a patient, which allows them to be out of the room in three minutes, or actually talking to patients about diet, which will take 20 minutes, what do you think the average doctor will do? The law of the shortcut is actually a good thing when we apply it productively to our human existence, but it can also lead to doctors doing ignorant things like writing prescriptions when they should be talking about diet.

This law of human nature is actually an association. We’ve actually used this to our advantage in the past, we used correlation studies to basically show that if you smoke, you’re at increased risk for heart attacks, stroke, heart failure, and lung cancer and those studies helped us a lot. However, doctors have also misapplied other correlation studies to show that if you eat saturated fat, you’re going to have a heart attack, but when you go back and look at those studies, they don’t even show that correlation.

When a doctor recommends that people with high cholesterol should eat the Standard American Diet and take Crestor, even though that’s not going to protect them from heart attack or stroke at all, that’s the standard of care. The doctor will never be sued for malpractice, get chastised by my Medical Board, get fined, or put on probation for recommending whole grains and fruit and telling you to take a drug like Zocor. They would be very safe in doing that, even though the patients aren’t being helped.

However, if a doctor says to stop taking Crestor and recommends eating a healthy fat low-carbohydrate diet like the keto diet, they can actually get in legal trouble and they can get in trouble with their own Medical Board, even though that is the right information. That’s the dilemma that makes doctors (even doctors who know about keto diets) hesitant to recommend the keto diet to patients. “I predict that within the next 5 years, you’ll see medical boards starting to back away from that and not chastising and fining and putting doctors on probation for that anymore,” says Dr. Berry.

A big lie is easy to believe

If you’re seeing a lie on television, like the television commercials for Lipitor, Zocor, and Crestor, that makes it easier to believe. Surely they must be legitimate or these huge multibillion-dollar corporations wouldn’t be spending their time talking about it. It wouldn’t be on the cover of Time magazine that cholesterol is bad for you if it wasn’t really bad. In actuality, none of those things prove anything.

The 2014 cover of Time magazine said “Eat your butter, butter is good for you”, and they admitted they were wrong about cholesterol and saturated fat. The big associations like the American Heart Association, are starting to pull away from the big lie and if you read their guideline papers now, they don’t mention cholesterol or what you should and shouldn’t eat anymore. It’s now been removed from the AHA website and from their position papers.

Even though that lie’s not being told by the American Heart Association anymore, there are still tens of thousands of doctors in America still repeating that lie. Dr. Berry calls this “the echo of the lie,” Big Pharma’s still making money off of this lie and your doctor may still be telling you that you need Zocor because your total cholesterol is high. Total cholesterol has not been an area of concern in years for doctors who know. The American Heart Association stopped giving a recommendation on how much cholesterol you should eat.

Sometimes less bad is thought of as good

The media then sees just the summary of that study and their news story, either in Newsweek, Time, CNN or Fox News, will say that filtered cigarettes are good for you, but that’s not what the researcher found at all. Less bad is not good, and so many times, like for example by taking a statin drug, you may not die of a heart attack but you’re going to die of something else. Just because you died of liver cancer doesn’t mean the Zocor or Crestor protected you from heart disease, heart attack, or stroke.

Let’s start saving the world with keto nutrition and healthy, high-fat, low-carb diets. Dr. Berry’s message is that we now have tools at our disposal that 20 years ago, no one had. We must use this power to spread the message to friends, family, and loved ones and other people who see the evidence of your weight loss on keto, or other positive changes that are happening to you.

Educate yourself with websites like pubmed.gov, where you can read any medical study that a doctor can read. Google low-carb diet and keto diets and take your health into your own hands. Lead by example and share movies like “The magic pill” with your friends and family, and hopefully, they’ll share it with others, and in a small way, you’ll start changing the world.