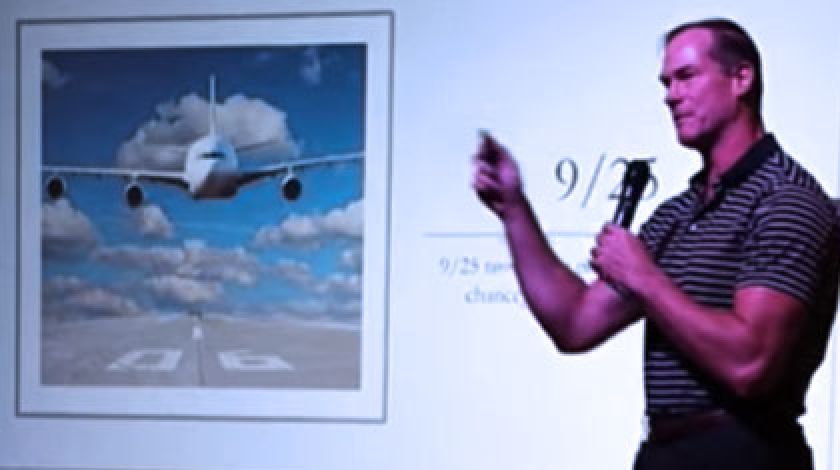 Dr. Shawn Baker gives us the full lowdown on the carnivore diet, how ketones can help you, and what the carnivore diet can do for your gut and even blood glucose. Find out the surprising conclusions he has come to about low-carb diets, fiber, hormesis, whether or not we need plants in our diets.

A couple of years ago, this was really controversial. Now it’s kind of partially controversial and it’s good to see that we made some progress. I’m going to talk about meats and a little bit of other stuff.

I’ve got some conflicts – I’ve written this book called “The Carnivore Diet”, I’m the CEO of MeatRX and I eat a lot of meat, so I’m heavily biased in favor of this.

What is a carnivore diet?

I consider it nutrient dense animal source foods with the complete elimination or limitation of plants to the degree necessary to provide health. “Limitation” means everyone doesn’t have to do strictly 100% meat, salt, and water like some people do. Many people find that to be helpful, but I do think that we have to figure out what the goal is, and the goal is health.

We take the dogma out of this.

Some people feel that organs are essential; I don’t necessarily feel that way. There are a lot of people that are in this sort of carnivore-ish space, whether it’s hypercarnivore, keto carnivore (I want to call it meato!), meat-based keto, carnivore-adjacent, or carnivorous, whatever works for you is what works.

Benefits of a carnivore diet

Satiety & appetite regulation – As with the ketogenic diet, satiety is very important and we know protein seems to be an advantageous macronutrient for not putting on fat.

Craving & addiction extinction – We need to get rid of ‘sweet’, whether you do it for the rest of your life or for a finite period of time, it’s very important to do that. When we’re getting high-quality nutrition, it’s easier to deal physiologically with those cravings.

Thermic effective protein – We get rid of junk. It’s hard to make carnivorous junk food. There are people trying, but it’s really hard!

Glucose is stable – And there’s a resolution of hyperinsulinemia – a low-carb diet seems to help with that, just like many people experience on a keto diet.

Is the carnivore diet a miracle diet?

We’ve heard about the Food Frequency Questionnaire. There was a validation study that I looked at recently, and my jaw hit the floor when I read the conclusions of this study.

They had people weigh and measure their food, which is considered the gold standard on seeing what people eat outside of a metabolic ward. They then filled out a food frequency questionnaire 30 days later and looked at how well things correlated.

They might administer an FFQ once or twice over a decade or two decades and this is the data we’re getting, and they come back with a relative risk of 1.2, which is basically nothing, so we can’t rely on this stuff.

This is biochemistry, so this is not controversial. We need essential fats, amino acids, vitamins, and minerals are essential. Some people would put micronutrients in there, but I think ‘minerals’ covers that pretty well. This is what we clearly need to survive as human beings.

Do we need to eat plants?

This is the controversial part. Do we need plants? I haven’t had them in three years and I’m not dead. Can we say there are essential plants? Homosapien started arguably in Africa and we made it through Southern Europe, Asia, North America, down to South America, and then finally the Pacific islands. So what plant was growing everywhere all year long in all climates and all seasons? I don’t know.

So when we talk about superfoods, and that there are these plants we need to survive, I can’t think of one. If somebody tells me blueberries are necessary for me to survive, I’m going to say, “Where do you get blueberries in January in Alaska or Northern Canada?” They’re just not there.

No fiber, no problem

A study in 2012 looked at 2000 colonoscopies, and it showed that the people that had the most fiber and the most bowel movements, had the highest incidents of diverticulosis. They’re little pouches that come off your colon which later get irritated or infected, and ending up in diverticulitis, so there’s evidence that shows that maybe we don’t need to eat so much fiber.

No one has gotten scurvy, but we still have to defend that. ‘Limeys’ were the English sailors that used to sail across the ocean on these long three or four months voyages and they would get scurvy because they were eating dried meat and hardtack. Instead of a low-carb diet, they were on a high-carb one and were eating dried meat.

If you go on an all beef jerky diet, you might get scurvy, and no one’s recommending that. Some people say you get vitamin C from eating organs, like liver or pancreas, but I’ve done calculations on the animals because there are people who say you have to eat nose to tail.

If you’ve already eaten a whole animal, the animal would have had to have about eight livers for you to get the RDA of vitamin C, so there are compensatory things going on preventing anyone from getting scurvy.

In order to get hard endpoint clinical outcomes, the time span of a randomized control trial of any diet would be 20 years in a metabolic ward using twins, controlling every variable. Only then can you say without a doubt what causes heart disease and cancer etc.

We don’t have that, so we end up using this lower quality evidence like nutritional epidemiology, some animal studies, or biomarker outcomes. We can in the short term, see what cholesterol goes up and what cholesterol goes down. But those things are not good for making these determinations.

Are plants good for us?

It depends on the plants. If we go and walk outside and start randomly eating plants, we’re all going to get sick, and some of us will die. There are certain plants that we’ve managed to cultivate, but they don’t contain anything unique that we can’t get from an animal product.

If you wanted to get vitamin C, you could eat extra liver. Vegans say that they can get everything we need from plants, and you’ve just got to balance all the essential amino acids etc. They’ve discovered something called duckweed which apparently does contain B12.

However, duckweed doesn’t grow everywhere. Think about it, how did we get across the world and get all over the planet as human beings? It’s through animal nutrition, because animals are everywhere and we’ve eaten every one of them.

Hormesis is another argument people use for plants. We can take a small amount of toxins and it builds up our indogenous defense system and it will up-regulate our antioxidants. But guess what? Hormesis can occur in a lot of ways. You don’t have to eat broccoli to have hormesis. You can exercise, you can fast, or expose yourself to hot or cold. All of those things are very powerful hormetic stressors.

When I was replacing people’s knees, shoulders and hips, I was literally putting a high-dollar bandaid on somebody, and I would replace some of their knee and then they’d be happy and felt better, then a year later, they’d come back for their other knee and I felt good because they wanted me to fix the other knee too.

What I should have said was “What could I have done to prevent that person from needing a knee replacement in the first place?” If we do that, we would see the $3.7 trillion a year we spend on healthcare go down tremendously.

The healthcare industry is heavily dependent on pharmacy procedures and increasingly more expensive technology. Our grandparents didn’t have all these tests and they were healthier than we are. So why with all these tests and technology are we still just as sick as before, or even more? It’s really a top-down type of thing.

It’s lifestyle, it’s nutrition, exercise, sleep, stress, light. However, it can be very inexpensive, and the problem is there’s not a lot of profit in that, and it tends to be bottom-up – it’s people that are frustrated. In the ‘disease management industry’, there’s an army of paramedical personnel and hospital systems that cost hundreds of millions of dollars to build.

However, what we’re doing is online, we’ve got armies of part-time trained motivated everyday people, and it’s available on a cell phone. Think about the cost savings and what you can do with something like MeatRX and others like Sapien Movement, and what Dr. Westman’s doing. This, I think, is the way forward.