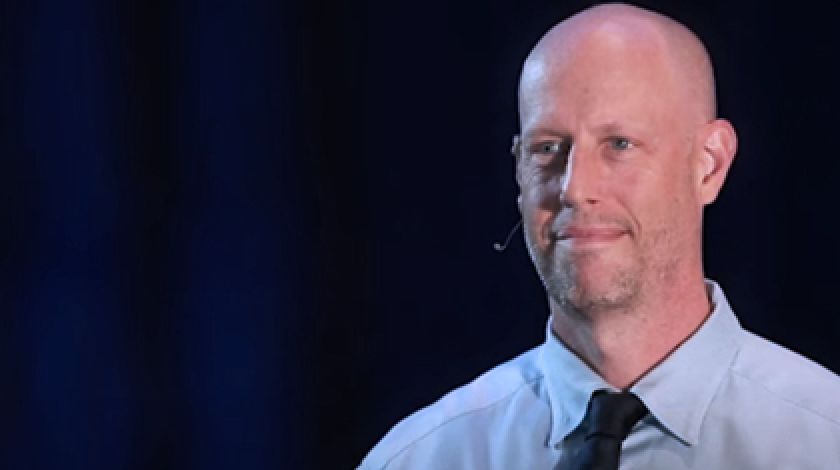 R.D Dikeman is the producer of the YouTube channel, Dr. Bernstein’s diabetes university. His son Dave is a fully insulin-dependent diabetic who uses a low-carb diet plan formulated by Bernstein, to manage his type one diabetes. Dr. Bernstein’s book, “Diabetes solution” discusses almost everything you would need to know about diabetes management, and how to use insulin. R.D Dikeman walks us through what a normal 24-hour day is like in the life of a type one diabetic using this approach:

We don’t allow the foods that are on Dr. Bernstein’s “no-no” list, to appear in the house. Effectively, that means we don’t eat grain, sugar, or starch. We don’t eat sweet fruits either. We remove all the foods that hurt Dave from our diet and that’s non-negotiable. We’ll eat the same types of foods such as waffles, pizza, etc. but they’ll be low-carb recipes. (Kelly Peterson does great low-carb recipes using low-carb foods, which are just as good as the traditional or high-carb foods.)

At 6:00 am, Dave will wake up for school and take a daily dose of Levemir. He’ll take another dose when he goes to bed, and a third dose in the middle of the night. That’s a Bernstein prescription, and you’ll find that in the book. Without those injections of insulin, his liver will dump glycogen all day long and his blood sugar would go through the roof and he’d go into diabetic ketoacidosis. Dave takes a shot, then he’ll come down for breakfast and we’ll eat a consistent meal, especially on a school day, so we’ll keep that breakfast the same. He eats about three eggs, three sausages or three pieces of bacon, and a couple of almond flour waffles, we use a fantastic recipe from alldayidreamaboutfood.com.  He’ll inject six units of R insulin, which is a slow-acting insulin because that’s a very slow-acting recipe.

I try not to match a breakfast cereal and juice with a huge dose of insulin.  If those peaks and ultra-rapid insulins don’t line up, then you’re going to have hyperglycemia, or you’ll go so high, take a lot more insulin and eventually come crashing down, and you’ll have to eat, we don’t do that. He also uses a CGM. When he goes to school, he has lunch at 11 am, so the goal of that breakfast and his morning shot is to get to 11 am and have to make no corrections. His blood sugars should stay flat, between 75 and 95 until lunch. If it doesn’t, he keeps two glucose tabs in his pocket and he’ll eat a glucose tab or a half of a glucose tab to gently raise his blood sugar. He won’t have to eat a whole meal to prevent himself from going low again. On the other hand, if he goes high and drifts up to perhaps 110, he’ll inject some insulin, about half a unit to a full unit of insulin.

Lunch is a similar story. My wife packs sandwiches, she makes low-carb bread from nut flour and a low-carb cookie, so it’s a very traditional packed lunch. He’ll take another dose of R insulin for that lunch. Around 3:00 pm, he’ll start playing basketball or football for about three hours. If you take a big meal and a big dose of insulin before a sports practice, you’re asking for trouble because intense exercise creates a very insulin sensitive environment. Dave, therefore, avoids meals before practice and will eat big meals after practice when things are more stable. Most of the time he’ll eat four times a day because he’s 14 years old, so he’s eating huge meals. Hopefully, he’ll stay level during practice. If he rises up to say 120 or even 130, he won’t take insulin and he’ll correct after practice.

Then he’ll come home and there are a variety of meals we eat for dinner. These are usually protein-rich food, low-carb vegetables, and a high-fat, low-carb dessert. Dave will eat everything and then he might eat again at eight or nine o’clock. We understand the amount of R insulin that’s required to cover these meals, and we’ve determined that through methods from the book.

Most of the time, he can achieve this, and if he does go too high or too low, he corrects with insulin and glucose tabs. With diabetes, you have to always make sure that your blood sugar is not going too high or too low, and that makes it a 24/7 situation. However, if you use these techniques and eat healthily, then you’re going to totally minimize the amount of diabetes management that you have to engage in, and you’re not going to always be in a crisis management situation. Dave is pretty much never above 180.

Usually, Dave will study and then he will have another meal before bed. Typically you want to avoid that, but with an athletic teenager, there’s no way around it, so he might eat an omelet before bed and he’ll dose Levemir before he goes to bed. I find night-time is the most difficult. I like to try to use the phrase, set it, and forget it with this approach as much as possible, you always have to be testing and verifying blood sugars. For a type one diabetic, you have to know what your blood sugar is 24/7. Night-times are the hardest because that’s when the very most variability creeps in. I test him several times a night, at midnight, at 2 am, and maybe at 3:30 am and I give him his third Levimir shot at 3:30 am, and then I’ll correct him with insulin or I’ll wake him up and give him some liquid glucose in a Dixie cup.

If Dave is trending low, I’ll wake him up and give him a Dixie cup and then fall back to sleep, this takes about two or three seconds. That’s like the full day, he eats healthy, he uses R insulin, he tries to keep his blood sugars at healthy non-diabetic levels, and he’s doing the minimal amount of diabetes management. I’ve worked with dr Bernstein, and Dave’s day looks very similar to Dr. Bernstein’s. Our experience for the last five years since Dave was diagnosed. His A1Cs have never been above 5.0%, they’re typically around 4%, his average blood glucose is 83 to 85 over 90 day periods. His standard deviation, which is a measure of how many up and downs you have, is something like 15 or 17, which is extremely flat. The more ups and downs that you see, the tougher your diabetes management is. We’re not doing carb counting because we follow the book.