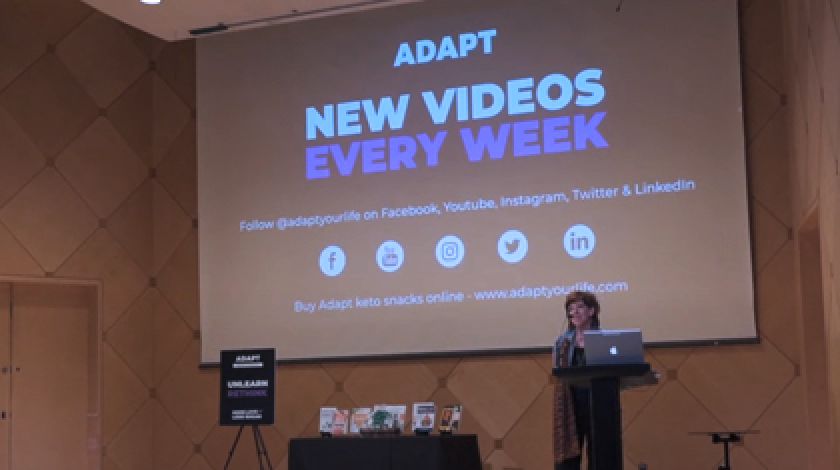 Some women will go to massive measures to get a man to marry them. I was one of those women. It was around January of 2005, and we were playing cards with my family when I thought, “I have the worst case of the flu ever,” and it settled into my back, so I ended up in the emergency room in the middle of the night.

The nurse came to me and she said, “We think the lab has made a mistake, we need to take more blood work,” and when she came back, she said “The lab didn’t make a mistake. How have you been managing your diabetes?” I said, “What diabetes? I don’t have diabetes!”

My boyfriend has diabetes and I had been going to diabetes education classes with him, so I knew what it meant when she said my blood sugar was 367. I don’t know if you’ve seen very many newly diagnosed type 1 diabetics, but they’re pretty skinny, and I was probably 15 pounds thinner than now. They were looking at me going “A 44-year-old skinny woman has diabetes?” It was crazy. I was fortunate, many people are misdiagnosed, my husband was actually misdiagnosed for two years. When he got diagnosed with type 1 diabetes at age 37, he was taking pills, running, and starving himself to keep his blood sugar normal.

We’re a rare breed, but I was very grateful to be diagnosed properly. I was given insulin right away and the last words that the doctor said to me before I left were, “Now be careful, red wine on an empty stomach could make you go low,” and I thought well, that sounds better than insulin! However, I felt pretty empowered because I had already been through classes.

Tim came to visit me in the hospital and he was quite distraught. I just said, “Come on dude, you have to marry me now, you gave me your disease,” so he did. 15 Years later, we are still married and my journey as a newly diagnosed diabetic wasn’t as difficult as some. There was this honeymoon period, but I knew about counting carbohydrates, so instead of eating a whole banana, I would just eat half a banana. I would do my insulin dosing and I would do all the things that they told me that I should do. I was doing pretty well, but what I didn’t know was that the average blood sugar (A1C) can look pretty good, but what’s really happening is your blood is going up and down all the time.

Using the ketogenic diet for my diabetes

After losing my doctor, I had some friends who said, “You should go to this doctor because she has diabetes too.” Magically, I ended up in Dr. Hilt’s office and she sat with me for 45 minutes and she told me, “If your blood sugar gets above 160, it starts turning into plastic.” I didn’t want that to happen so I embraced the keto diet, and I’ve never looked back. I dragged my husband into keto nutrition kicking and screaming because some of his favorite foods are things like pecan pie and oatmeal. It’s been hard for him to give up. We’re working on it together and we do so much better on a low-carb diet.

Inspiration for my books

Through this process, I found a lot of people wanting help. Even if they have a good doctor who gives them really good advice, they still walk into a grocery store alone and they don’t know what to buy or eat, and that gave me some impetus to write a book that I felt was very practical. It’s called “Derail diabetes.”

I also help people on a real, practical basis. I partnered with a type-2 diabetic, and we made a cookbook. She loves to cook and she created recipes where you could eat a diabetic-friendly keto diet on less than $5 a day and that was even shopping here in Scottsdale. At Fry’s, it was four dollars and seven cents a day for three meals. We found that keto doesn’t have to be expensive. The problems are that we often don’t realize that people think it’s going to be too expensive and that sometimes, people need some coaching along the way to stay keto and stay healthy.