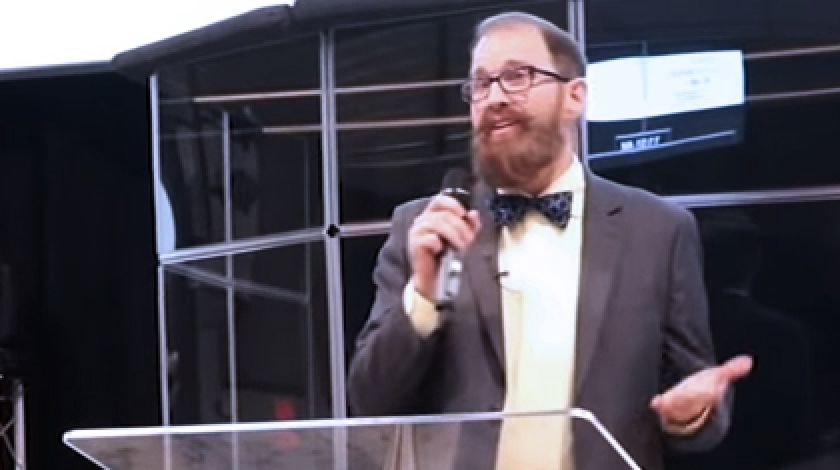 Dr. Jeff McDaniel unpacks all the mistakes he made when he decided to go keto.

After finding a fitness model online with about 3% body fat who liked the keto diet, Dr. McDaniel decided he wanted to look exactly like him. So being excessive in his approach, he started drinking bulletproof coffee twice a day with two fat bombs. Unfortunately, because he’d had part of his colon removed, this option was not going to work for him.

Mistake #2 – Too much liquid fat

The whole idea of keto is that you go from a sugar burner to burning fat. If you want your weight to go down, it’s not great to go excessive on fat. You have to have “salt to taste” and “fat to taste” – it’s important to listen to your body.

Bullion and bone broth are your friends. If you have high blood pressure, it’s important to monitor your blood pressure or work with your doctor on that. This is also one of those times when you should probably seek the care of somebody who understands keto.

There was an inter-heart study in Europe that showed that metabolic syndrome had the equivalent heart risk of smoking six packs of cigarettes per day. Low-fat diets have proven to have never worked, neither did they reduce any heart events. The studies that were done all failed to show benefit and in fact, a couple of them showed harm. Without any good evidence, in 1977 it was said everybody should eat this way and what it gave us was an obesity and diabetes epidemic.

Mistake #5 –Too much sugar alcohol

Mistake #6 – Comparing yourself to others

Dr. McDaniel says not to compare your weight loss to someone else’s, everybody’s a little different. There are a lot of factors that come into play, men tend to lose weight faster than women while older people tend to lose weight a little slower. Try not to create unrealistic goals for yourself. Every pound matters but remember, you want to lose fat mass, body fat.

Dr. McDaniel is careful not to start talking a lot about exercise to begin with. He says that although it has benefits, it doesn’t make sense to hit the gym for three hours while your body’s trying to adjust and you’re still going from being a sugar-burner to a fat-burner. This was an early mistake that he had made.

Mistake #8 – Thinking success is a cure

Many people lose a bunch of weight and end up going back to how the government told them to eat and the things that they like eating. Dr. McDaniel wants people to know that keto is a way of eating. It’s a lifestyle, not just a low-carb diet. Even if your weight-loss goal is 100 pounds, Dr. McDaniel suggests starting on the first three to five pounds.

Mistake #9 – Listening to the media for advice on healthy eating

The media does a terrible job conveying scientific information. They’re going to tell you the things that will get the most reaction or the most views, it’s called clickbait. A lot of what is talked about comes from somebody who wants to continue to sell sugar, food or medicine. Sometimes the agenda is that the study quality is bad.

Mistake #10 – Too much focus on ketosis

Dr. McDaniel says that at the beginning of his own journey, he tried all the tests, from the breath tests and finger sticks to the urine sticks. He now simply focuses on restricting sugar and restricting starch so as to keep things simple for his patients. He advises his patients not to focus too much on ketones or what the tests say, and instead to focus on your weight-loss and how your body feels.

Let the calorie restriction happen naturally. Try not to eat in front of a screen, you tend to eat mindlessly, so you won’t feel that you’ve had enough.

Mistake #12 – Waiting too long to start

If you don’t have diabetes, blood pressure, insulin, this can be something you can start, but if you do, it’s advised that you get help. Dr. McDaniel states that he only started at 54 years old and he’s so glad he did, as now he can influence others to start.

Dr. McDaniel chooses not to judge in the medical clinic. Somebody could come in looking lean, they may have had an obesity story, whereas, with someone who comes in huge, you don’t know that they didn’t already lose 80 pounds.

When going keto, focus on the sugar and the starch, eat when you’re hungry, stop when you’re comfortably full, and have salt and fat to taste. You can have red meat, fatty fish and eggs, but don’t do the egg whites.